a day of relaxation and wellbeing

The Baths of Pisa

It happened several times that our guests asked us what they could do to spend a rainy day and so in the search we went to try the Terme di Pisa, the experience was very positive and we recommend it.

The thermal pools and tubs are inside an eighteenth-century villa renovated in 2003, the area of ​​San Giuliano Terme was known for its thermal waters since ancient times (Etruscans and Romans). In 1112 Matilda di Canossa had the baths restored and then returned to splendor in 1770 thanks to the Grand Duke Francesco Stefano di Lorena, when San Giuliano Terme was a lively center from a cultural as well as a curative point of view: with important guests such as Mary Shelley, the rulers of half of Europe, Vittorio Alfieri and Carlo Goldoni.

The pools are not many or particularly large but the strengths are:

There is also a restaurant and a bar, we have lunch and it was all delicious.

how to get to the Terme di Pisa:  VIEW ON GOOGLE MAPS 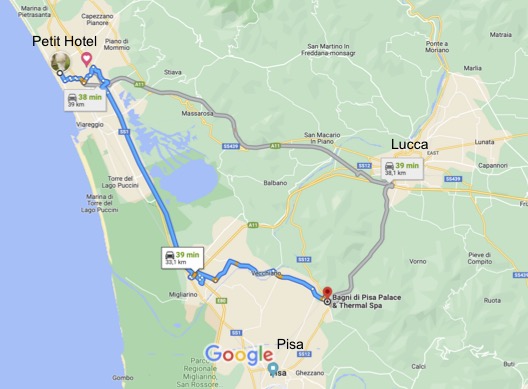